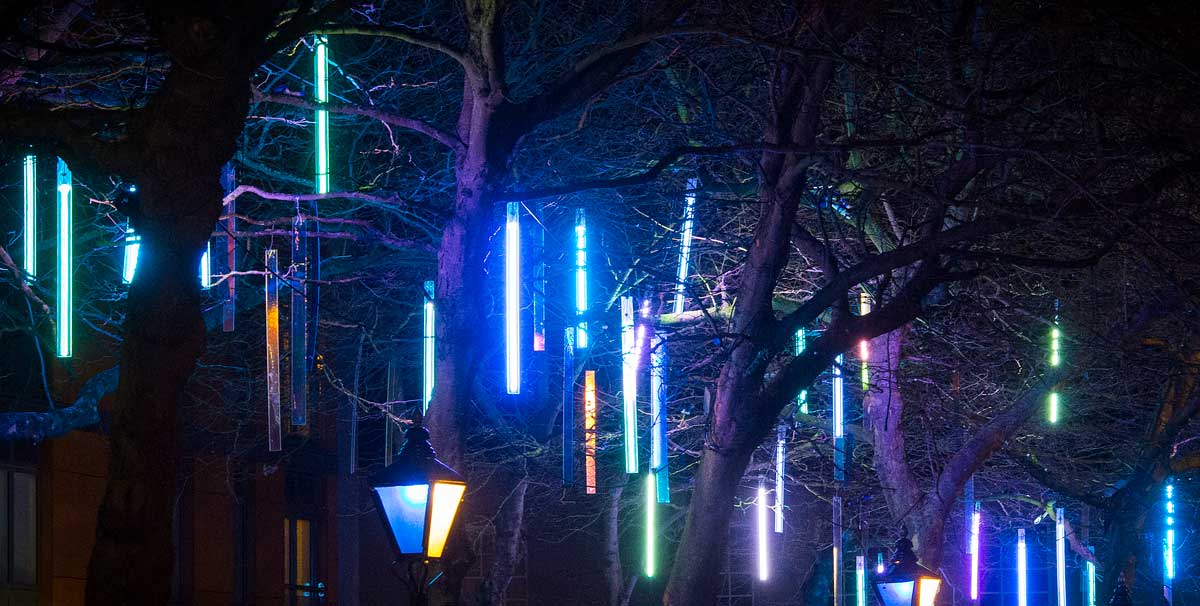 Mark works with light, film, digital imagery and sound in a wide range of contexts including public artworks and installations, cross-art collaborations, as well as in film and design. His work is largely site-specific or made for public spaces rather than galleries and includes light, video and interactive works, in combination or collaboration.

Having worked as a lighting designer for theatre and dance, Mark then studied film making and made short films and television documentaries, before making installations that combined light and imagery as well as producing more art-based film and projection work.

He has made two pieces for the Light Up Wiston Estate Christmas Light Trail:

Arbour. A light installation designed to transform a colonnade of trees, creating different effects in daylight, twilight and darkness. Arbour is a place of reflection where things can be seen in a different light.

Shell-like. A series of glowing coloured shells reveal the thoughts and reflections of less-heard voices on what the sea and shore mean to them. It is where we play, think, regenerate, build memories and hopes.