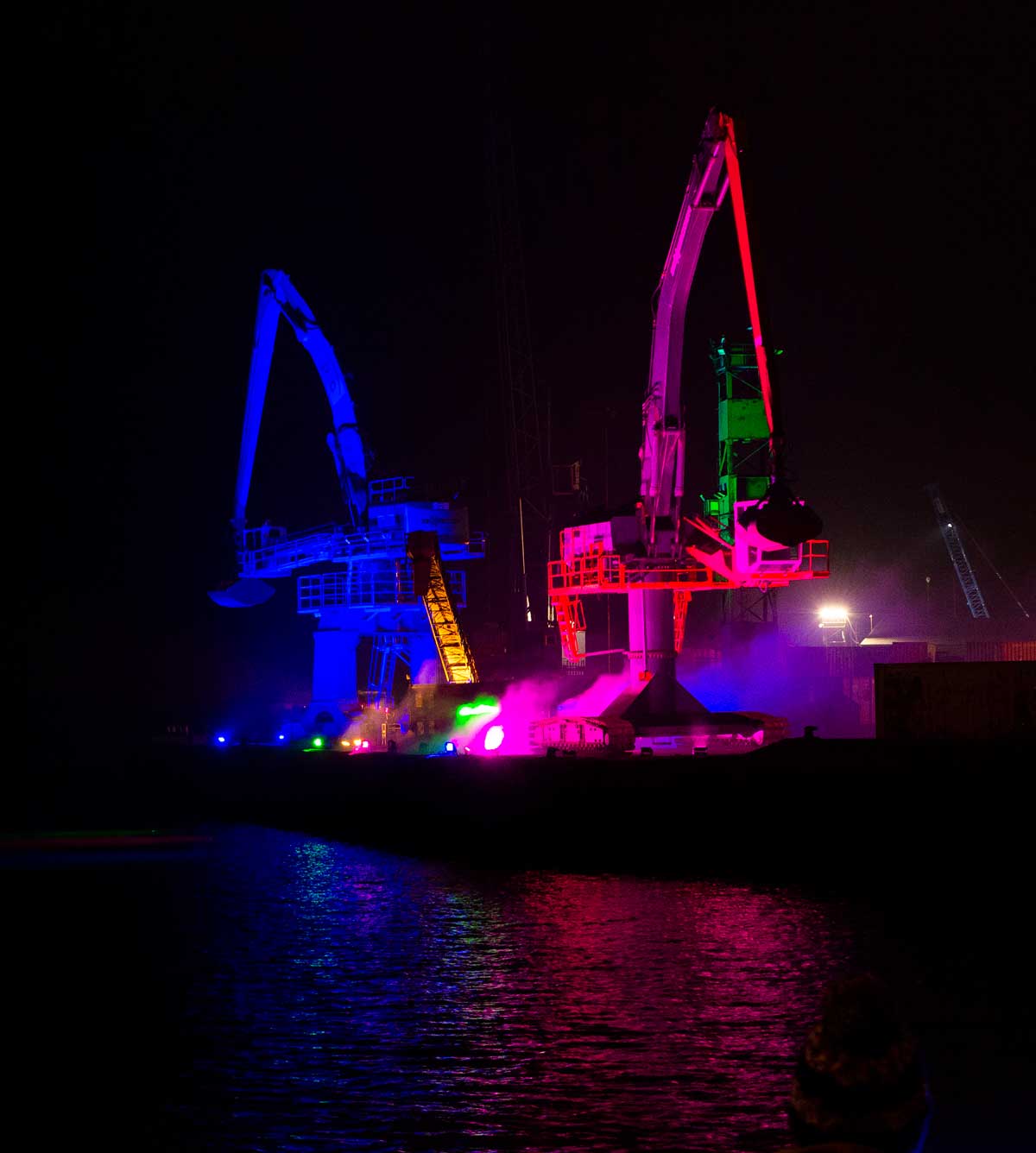 James collaborates and consults on light art projects for Light Up Trails around the UK and oversaw the phenomenally successful Light Up Poole festivals in 2019 and 2020, as well as designing outstanding installations for both.

As well as liaising with artists and overseeing the artistic vision of the Light Up Wiston Estate Christmas Trail, James has also designed three features pieces. The opening Hope Garden is an immersive place of peace, the point at which we all calm down and relax. Some 2000 LED heads emit the colours of calm and a tree is adorned with mirrored letters that spell out the word ‘Hope’, the festival theme.

James has also created the festive illumination of the historic Wiston House. By using layers of lights, he has conjured a series of Christmas-themed scenes set to a soundtrack of instantly recognisable seasonal songs.

Finally, at the end of the trail is The Enchanted Forest, a magical, mesmeric place among the trees, a fairy field in which visitors can walk beneath and through star scapes as they are bathed in moving lights.

A highly experienced and much in-demand lighting designer, James has worked in the entertainment industry worldwide for more than 16 years. He’s also a well established collaborator and sought-after associate and re-lighter for other international theatrical lighting designers, including Howard Harrison and Mark Jonathan.

James has a lengthy list of theatrical credits, including touring productions of The Greatest Showman (Gandey’s Circus, UK, Hong Kong) The Hound of the Baskervilles (China), The Wind in the Willows musical (London Palladium, UK tour) and Jekyll and Hyde (UK). His most recent work in the critically acclaimed West End production of City of Angels is waiting in the wings to open when allowed.

When not lighting James lectures in CAD, Lighting Management and Design to university degree level and uses these techniques to work alongside production companies and designers all over the world.