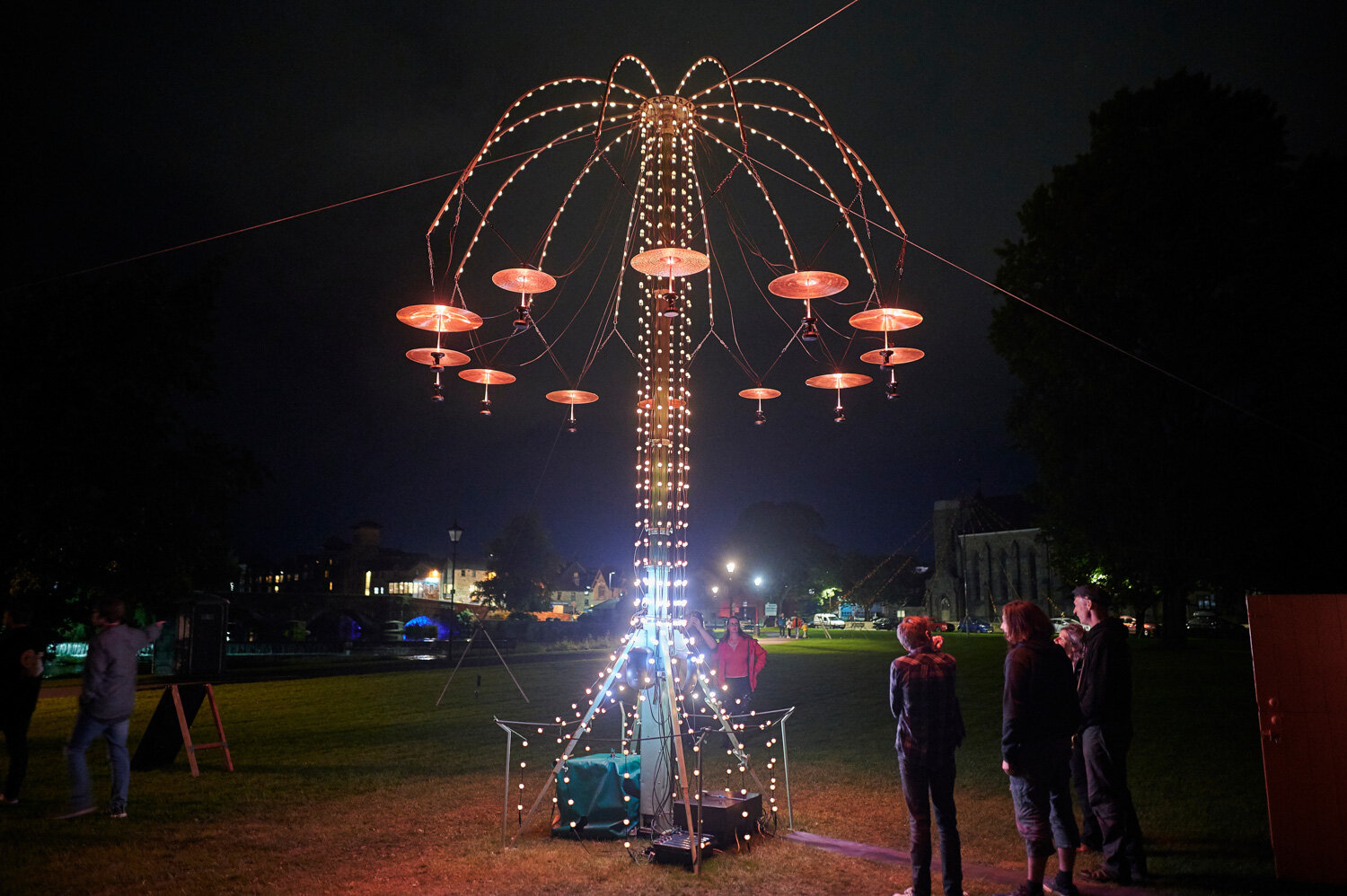 Dan Fox is a multi-media artist, musician, and installation creator. He learned his trade growing up on the road with Welfare State International. For over 30 years he has worked internationally with theatre companies, bands, festivals, and organisations. His practice encompasses many forms: music, sculpture, video, sound, and performance. Mixing-up engineering, imagination, cutting-edge technology, and age-old techniques.
He creates both site-specific and touring work. Often outside and increasingly off grid. In 2008 he founded Sound Intervention. Based in Cumbria, the company works with associate artists, technicians, and musicians.

Shimmer Tree is a 6 metre high tree sculpture. It has twelve large percussion cymbals suspended from its branches. Each cymbal resonates with amplified sound using vibrating tactile speakers.
A pixel-mapped network of over 700 LEDs illuminates Shimmer Tree with pulses and patterns of coloured light up and around the tree in response to the sound.  Audiences are invited to walk underneath the cymbals and absorb the ethereal soundscape that was created by recording wind-speed data and transforming it into contemplative aeolian music.
‍