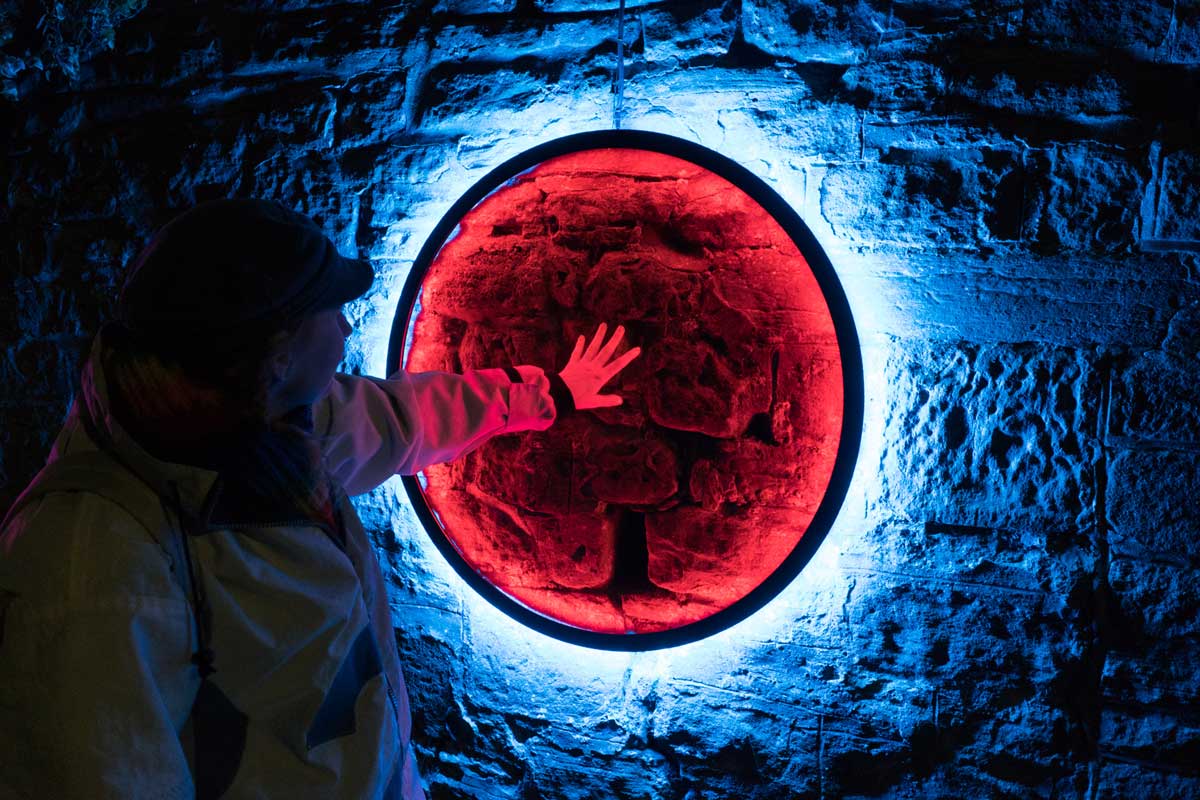 Entirely self-taught Chris Plant has been pushing boundaries of light and projection for nearly 30 years. He made his first live projections with 16mm cine and 35mm slide projectors before getting hooked on computers for video playback and manipulation, leading to interactive programming and projection mapping, real-time software development and VR.

The last 10 years have been a mixture of interactive installation pieces and light sculptures. In 2015 Chris was artist-in-residence at the Aston Institute of Photonic Technologies in Birmingham where he produced Frequency Response, a piece that explored how our minds perceive colour and whether listening to the frequencies of light might deepen that experience.

That has led directly to Harmonic Portal, originally produced for Lumière Durham and now at the Light Up Wiston Estate Christmas Light Trail. It investigates how two colours can enhance the perception of each other, and adds a surface (hay bales) to enable deeper study of shadow and details. Looking through a frame Harmonic Portal makes us see the world in front of us in a different way and look more closely at things we see every day.

The combination of old and technologies such as slide and film projectors with LED light sources, Arduinos, video/pixel mapping and interaction is a particular feature of Chris’ work. He remains somewhat sceptical about the cult of the new and works with programming and cutting edge technology when it fits his purpose, creating his own software tools to do things he wants them to do, rather than rely on what is available in existing packages.

This year, as well as returning to his roots creating slides from blossom flowers and leaves collected in lockdown, Chris has continued his development of software to release as open source that will enable him to realise the fully flexible multimedia live performance he dreamed of when first starting out.