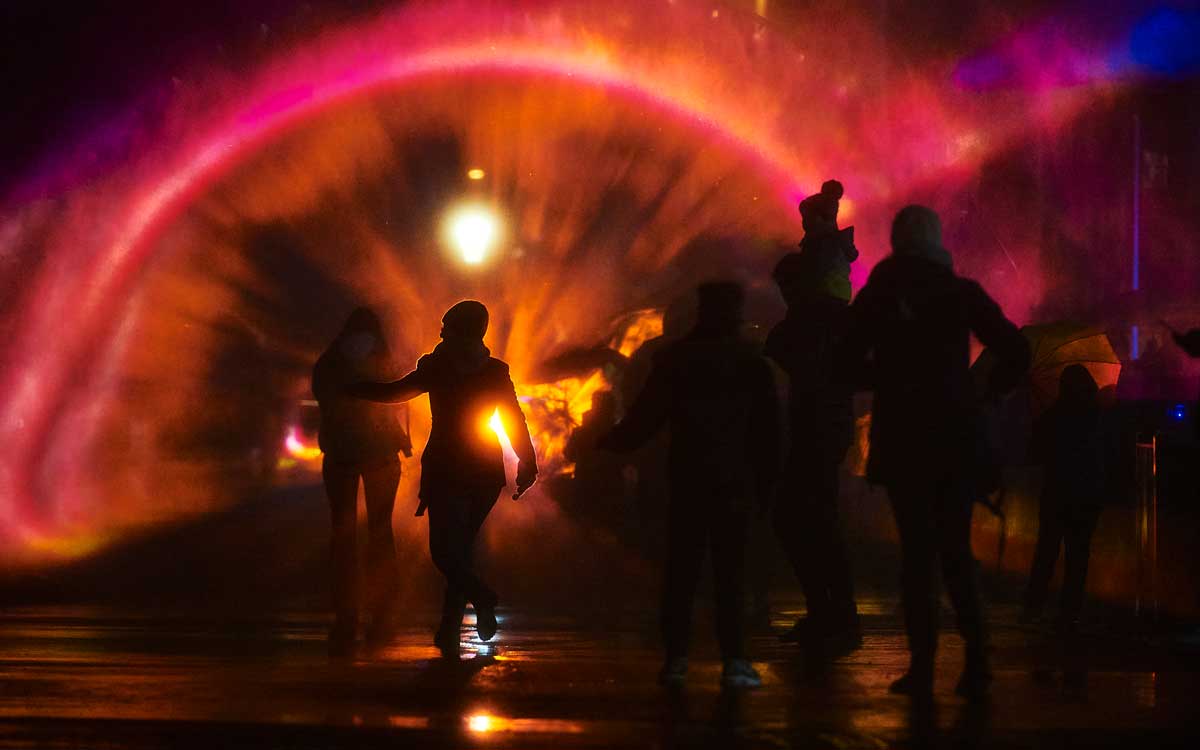 Credits: Rainbow in the Dark by Benjamin Clegg. Photography by Elliot Franks

An acclaimed lighting installation specialist with an extensive history in live events and working with major entertainers, Ben Clegg is best known for his mesmerising and inspiring Rainbow in the Dark projects, first seen at the Art in the Dark lighting festival in Auckland, New Zealand.

He feels honoured to be invited to the Wiston Estate to produce his Rainbow in the Dark for a sixth time. The rainbow light projection is created with a full spectrum laser, and conjured in 3D. Inside, there is a projected water fractal film created by filming water and applying phi (or Golden) ratios to generate a kaleidoscopic effect.

The piece invites the audience to simply watch, or play in the water screen and become immersed in the rainbow. The effect is surreal, entrancing and utterly charming.

The rainbow display coincides with significant astrological events in December including a total Solar Eclipse on 14 December and the great conjunction between the planets of Jupiter and Saturn on 21 December – a pivotal and transformational time in human history.

As Ben, a keen amateur astronomer and astrologer points out: “The ancients fully understood that powerful healing energies are released around these important astrological occasions and, as Einstein claimed, the ancients seemingly knew something that we have all forgotten.”

The conjunction of planets means that Jupiter and Saturn will be just 0.1 degrees apart – the closest they have come since 1623 and to the naked eye they will appear as one bright star. This is hugely exciting, especially as this unique alignment signals the dawn of a new Aquarian age, a time synonymous with powerful social change, coupled with transformational humanitarian shifts in society.